The Liberal Democrats have backtracked on the grassland management policy (also called 'no-mow'). It was first put forward by Independent Cllr Alex Michaels and the Council agreed to turn 50% of non-leisure grassland to meadow. The policy called for a ‘cut and lift’ method to encourage wildflowers and pollinators. However, in March, the report showed in reality it’s only 24%.

The Liberal Democrats are still claiming the 50% as an achievement on leaflets (see image) and their website. They received much positive press coverage and they chose to celebrate their forward-thinking approach to grassland management.

At the meeting on 14th March 2022, the Council decided to go with recommendations made by officers and move the goalposts. Currently, only 18% of our grassland is 'cut and lifted', with the Council aims to increase this to 24% this year.
Obviously, this is far short of what was promised and appears to directly contravene what was agreed at the meetings in November and January attended by the public. The officer's report suggests methods that the motion did not discuss and misses the core ecological aims of 'cutting and lift'.
We have lost 97% of meadows since the 1930's and a lot of the biodiversity which lives in them (Hertfordshire State of Nature Report 2020). This is a key contributor to the Climate and Ecological Emergency we face. 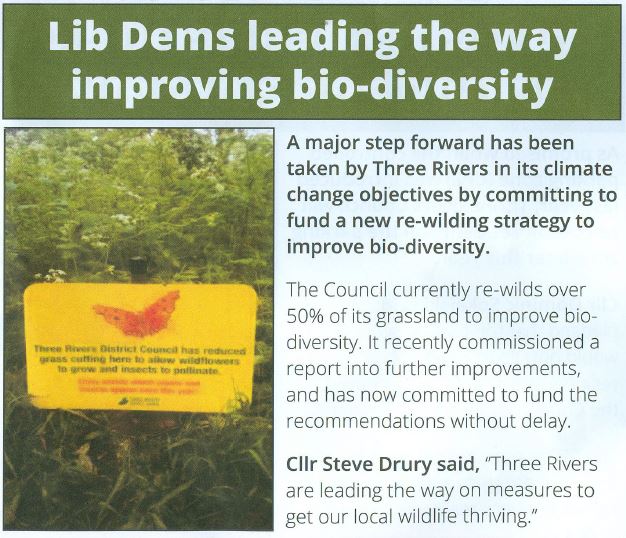